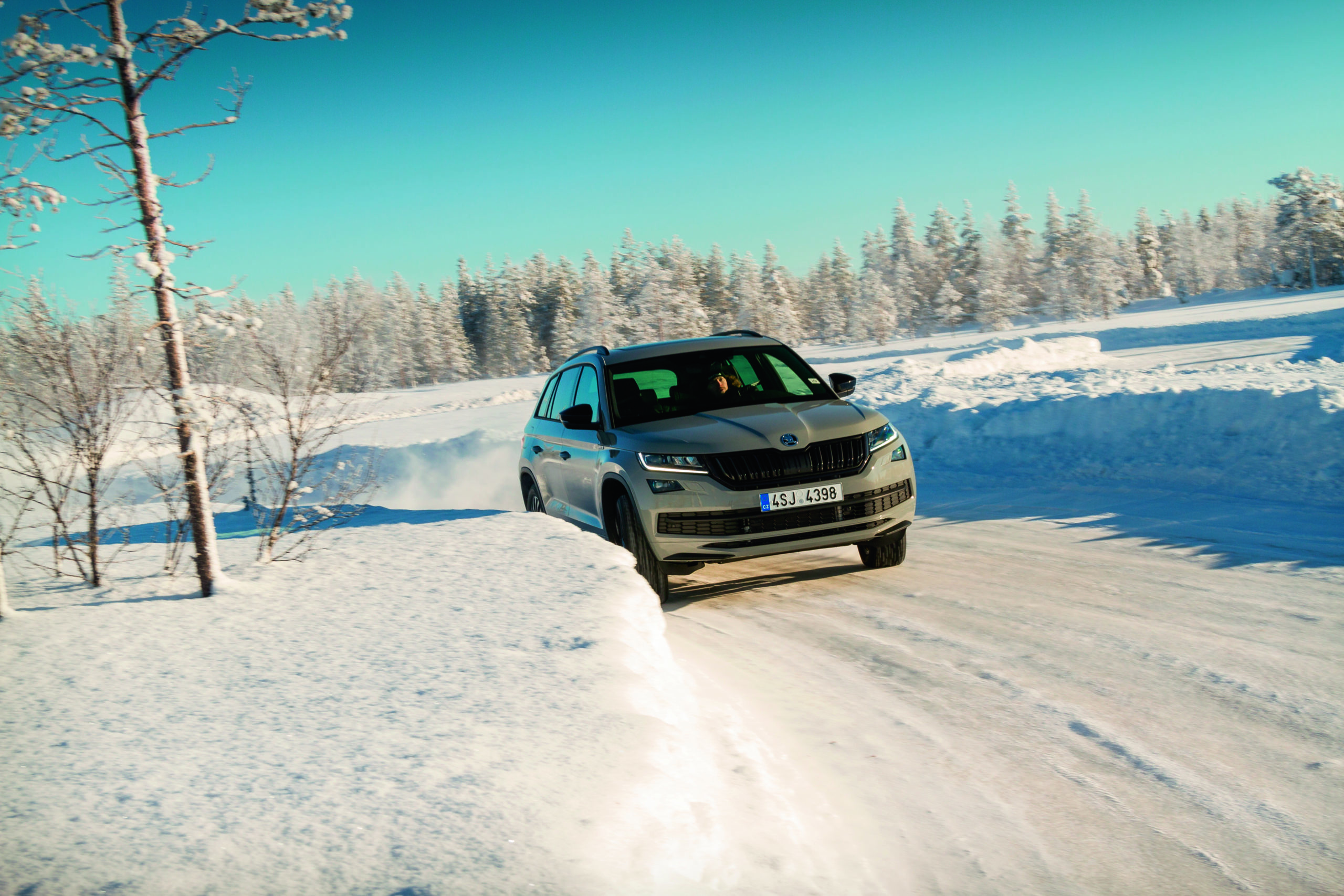 Driving on ice for the first time isn’t something you want to attempt by accident. So how do you learn how to handle a car when the temperature tumbles? We sent the youngest member of the Diesel Car team to find out.

When it comes to ice and snow, in the UK at least, we always seem to be caught by surprise. Either we know the snow is coming and panic-buy baked beans, bread, water and coal for what turns out to be an afternoon of drizzle, or we think itíll be ëa light dustingí and fail to prepare for what actually turns out to be a scene from the film ìThe Day After Tomorrowî.

We also set ourselves up for failure by not fitting winter tyres as the temperature heads south, whereas it is a legal requirement to drive on winter tyres in certain areas of Europe over the winter months. The reality is, however, many of us simply donít have enough experience driving in colder climates. I say ìusî because I include myself in that statement; while Iíve driven enough cars to know what understeer and oversteer are, my knowledge of ice driving extends to pulling the hand brake up in a supermarket car park several years ago.

So how do you prepare yourself for driving on ice and snow, and how should you drive when the temperatures dip below freezing? There will always be situations we just cannot prepare for, but it doesnít take a lot to better understand how a car behaves when ëa light dustingí strikes.

There are many places across the UK where you can experience low-grip driving in the UK and across Europe, but if youíre really keen to learn how to drive in sub-zero temperatures, there are few better places than Finland. Many cars on sale today in the UK are tested rigorously there, not just because itís hard to get to and therefore harder for spies to take a snap of an upcoming model, but because the stable sub-zero temperatures allow for months of uninterrupted ice and snow driving.

Just a few miles outside the Arctic Circle and minutes away from the city of Rovaniemi, Santaís hometown, I joined Skoda for a ë4×4 Winter Experienceí. The aim of the day was to feel first hand how very normal four-wheel drive Skodas cope on ice, but also to learn how to drive on ice without causing danger to myself or other road users.

Our day began in a four-car convoy to a large ice circuit. A slippery network of long straights and tight hairpins, bordered by three feet of snow, I jumped behind the wheel of an Octavia Scout alongside a Finnish man named Aapo. After a slower-than-walking-pace sighting lap to learn the track, Aapo turned off the traction and stability controls and encouraged me to pick up the pace. I did, gradually, something Aapo said was most welcome, and after two slightly faster laps we approached the first corner once again and he instructed me to turn the wheel violently from straight ahead to left. The result was predictable, as the steering wheel turned, the front tyres failed to grip, and we momentarily ploughed forward until instinct told me to reduce the steering angle. Grip returned to the tyres and we made it round the corner, but only just.

A few moments later, Aapo told me to accelerate along a straight and, rather than braking ever so slightly for a right hand kink, to thrust my foot into the brake pedal. The result, once again, was predictable, as the rear of the car started to rotate and I found myself in the less-than-ideal situation of looking where I was going through the passenger window. Steering into the slide, releasing the brake and applying a little throttle, we straightened up and continued on as normal. Pulling off the track, Aapoís words of wisdom were ìsnow tyres wonít save anyone from over drivingî. With that, he smiled, told me to swap into a Superb hatchback, and go out for some laps on my own.

Despite one or two minor brushes with the snow banks, the laps that followed were a real learning curve. Firstly, I have never looked at a Skoda Superb and thought it could drift, but it really can. It was a shame the traction and stability controls couldnít be turned off completely, but I was driving in a relatively empty, snowy wilderness trying to provoke the car into a slide, whereas the majority of Skoda owners will almost certainly not be. Secondly, as I was able to push the car harder and carry more and more speed, it dawned on me just how important it was to be super smooth and controlled with every input, even when sliding.

After a little under half an hour playing on the ice, we drove back to our warm, wood cabin base (the temperature outside was a toasty minus 16 degrees Celsius at its warmest and a chilly minus 28 later in the day) before being given the keys to a Karoq.

Now it was our opportunity to feel the difference between the carís various drive modes. The Karoq has five, namely Eco, Normal, Sport, Individual and Snow. The two we were interested in were Normal and Snow, as the whole purpose of taking to another slightly smaller track was to feel the difference between the two setups. Despite some manufacturer claims, some drive modes do little more than make the throttle response unbearably touchy, but in the Karoq it adjusts the throttle response, moves the automatic gearbox shift points, and changes how the traction and stability controls intervene. In the laps that followed, I flicked from Normal to Snow and was happy to discover you can feel a difference, albeit a very subtle one.

Keen to feel the car move around on the ice some more, I turned the traction and stability controls off to build on what Iíd learnt in the Octavia Scout and Superb earlier. The Karoq is a top heavy car, and so its reactions werenít quite as immediate, but the same principles applied: brake smoothly and in a straight line, be gentle with the throttle and steering, and trust the carís four-wheel drive system to move the power round automatically as appropriate.

From the Karoq I made my way to a Kodiaq for an off-road drive through some Finnish woodland. Following a Karoq, we ploughed through snow and squeezed through gaps between tall, snow-covered trees. The cars were totally unphased by the slippery surfaces, although a challenge that looked almost impossible was a near-45-degree hill, one that had been basking in the sunshine for several hours. We were told that the sun would have melted any surface snow, making the ice even more difficult to drive on. Under radio instruction from another Finnish rally master, I accelerated towards the hill with a little more speed than I really thought was necessary, so as to carry more momentum. The Kodiaq definitely had to work harder, as I could feel the wheels start to slip before the power was swapped to a different wheel with more traction, but after a few seconds I crested the brow of the hill and I could then take my heart out of my mouth.

My final driving adventure of the day was a trip to a giant ice oval. If all the other activities of the day were relatively sensible ones, this was the ëgo ahead and let your hair downí sessionÖ Or at least it had seemed that way, but it did give me one more chance to put what Iíd learnt throughout the day to the test. The oval was wider than any other circuit area Iíd driven before and allowed me the space to really experiment with the moderately scary world of weight transfer. Whenever you brake, turn or accelerate, a carís weight will move from end to end, corner to corner and side to side, which is exactly what had happened when I slammed on the brakes in the Superb at the start of the day, and mainly because I had sent all of the carís weight onto the front wheels and unloaded the rear tyres. Itís all fine and dandy on a frozen circuit, but lift-off on a wet or icy A-road and thereís a risk youíll end up facing the wrong way, or potentially even worse.

I headed out to the oval in an Octavia, built up some speed, and then lifted off the power. Sure enough, the rear end began to rotate. Applying some throttle and holding it there, I let the carís four-wheel drive system do all of the hard work and maintained a very snowy slide.

Everything about the day was eye opening. Not only did I learn that Skodas can drift, that Finland is utterly beautiful, and life really does go on as normal despite the finger-freezing temperatures, but I truly realised how important it is to be smooth in every way when driving in sub-zero temperatures. There isnít always a huge amount you can do if black ice takes you by surprise, but being a more patient, controlled and measured driver will make you safer when the snow eventually falls and turns to ice. 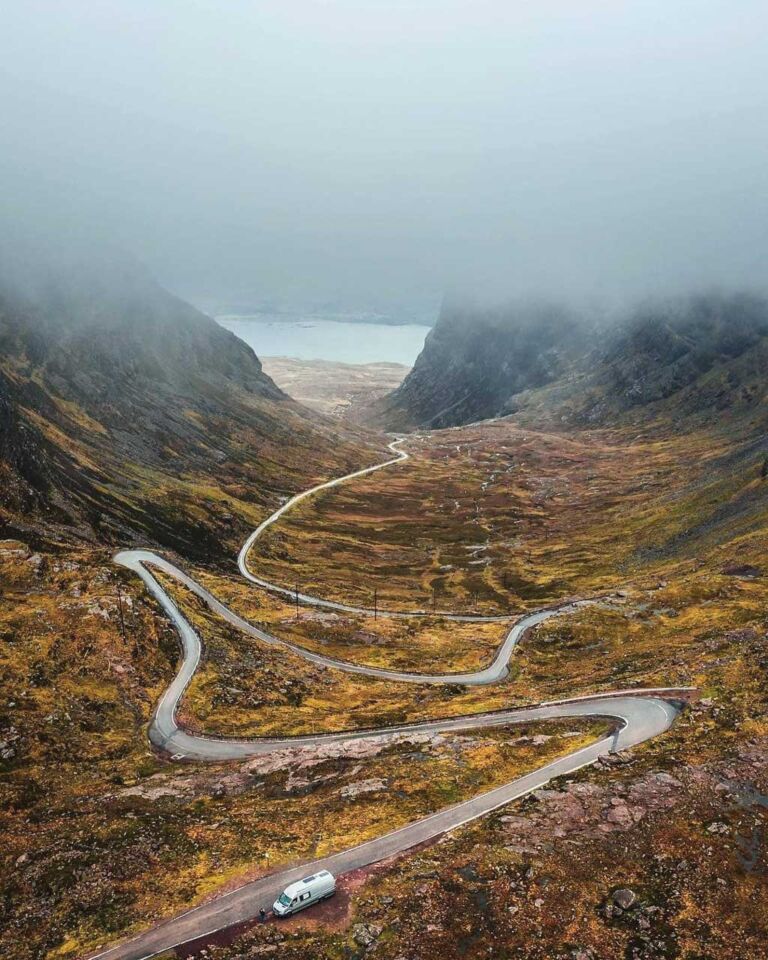 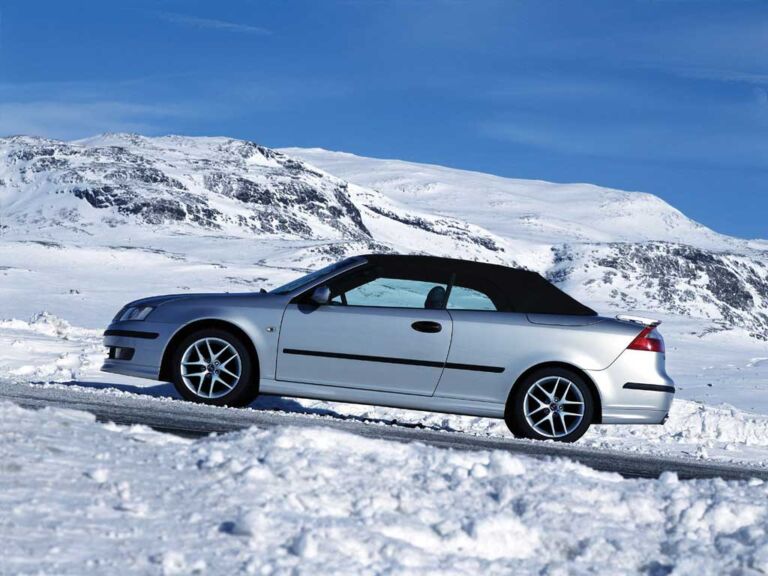