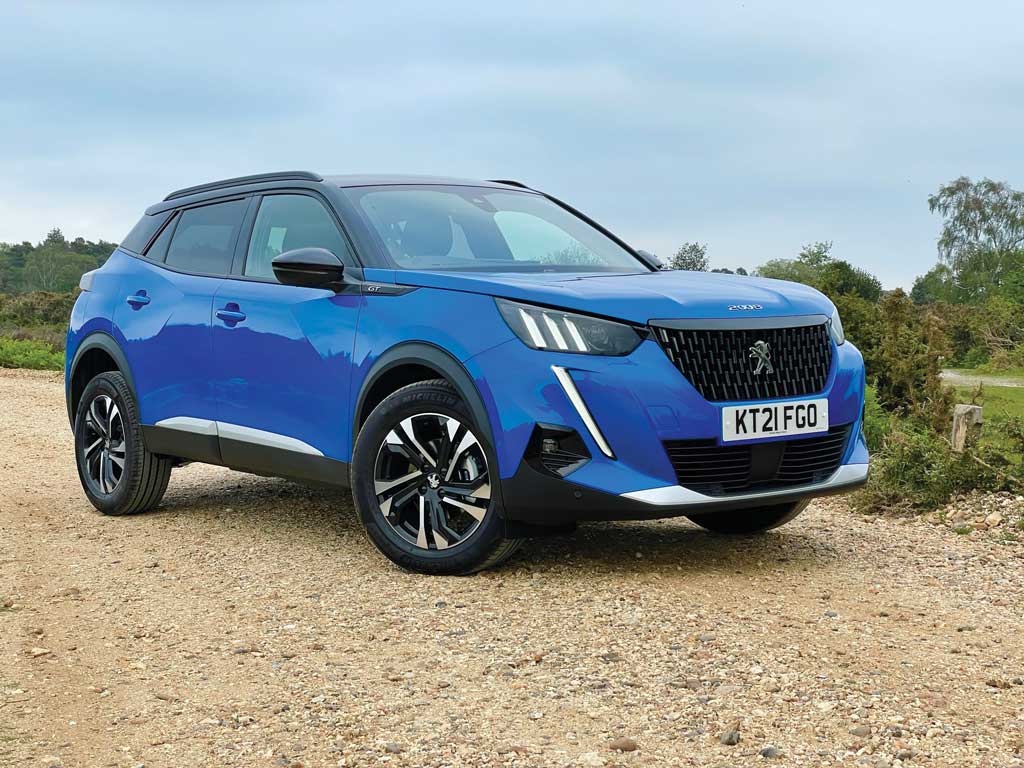 The compact SUV remains flavour of the month with this segment continuing to grown at quite a pace. Gone are the days of humdrum hatchbacks, if you want to be ‘on trend’ in today’s Instagram filtered world, you need one of these on your driveway. Preconceptions aside, the notion of a compact SUV, something that is both small and fashion conscious, is a more practical choice versus a full-blown 4×4 when your most frequent obstacles are speed bumps on the school run. Many have actually outgrown being a marketing tool, and like our 2008, have proven to be pretty good.

If you’re thinking ‘hang on, hasn’t Diesel Car already got a long term 2008?’ you get a gold star. We have indeed, but that engine is now discontinued and the GT Line trim level unavailable. Meet our new blue 2008 BlueHDi 110 in GT guise. In fact, it’s so blue that the SUV was described by a passing child as ‘the bluest car in the world!’ Indeed kiddo, the Vertigo Blue is absolutely stunning and receives many compliments.

The 2008 rivals other small SUVs such as the Juke and Captur, and while styling is subjective, the Peugeot is arguably the best-looking car in its class. It’s proportionally pleasing, features distinctive lighting signatures, looks premium, and hosts an authoritative stance that gives it a confident character. Factor in the contrasting roof, LED lighting and smart 17-inch diamond-cut alloy wheels, it’s a real looker in GT trim.

This SUV’s interior is just as much a style statement as the exterior. A bold contoured dashboard features neatly integrated vents, glossy elements and contrasting stitching. Our GT car also receives a large 10-inch infotainment system that has proven to be the ideal size for touchscreens that are used on the move – more screen real estate equals larger icons. Another piece of fancy technology onboard is the 3D instrument cluster, of which I thought was a bit of a gimmick at first, but having core information literally jump out at you and everything else in the background, is actually pretty functional. GT models also get other niceties such as a wireless phone charger, heated seats and parking sensors all around.

Under the bonnet of our 2008 is the new 1.5-litre BlueHDi 110 engine – not to be confused with the far less civilised BlueHDi 100. This diesel unit is considerably more refined, and while it does make itself known under hard acceleration, there’s much less vibration and cruising noise than the engine it replaces. Real-world economy is proving impressive so far, too. We’re clocking 56.7mpg and the engine is only just run in.

We’ll do a much deeper dive into this car’s habits over the coming months, but it ticks the right boxes as a compact family run-around so far. There’s a good balance between ride comfort and stability, although the 2008 does very little to encourage a spirited drive. The somewhat boxy proportions make it easy to park, as does the light steering. You’ll also fit a medium size dog in its 434-litre boot without much fuss, but the lack of hooks means shopping bags can go wandering.

In addition to the princely, but totally worthwhile Vertigo Blue paint at £725, our test car has also been fitted with a premium audio system. Supplied by Focal, the enhanced tweeters and base speaker provides a richer sound that audiophiles will value. There’s no getting around the pricey £590 bill, but combined with the endless fruits of Spotify, it might be worthwhile for those spending many hours behind the wheel.

Our new Peugeot 2008 will be doing a good mix of motorway work and urban battle over the coming months, so stay tuned for everything from a road trip with ‘the lads’, to trial by Tesco car park.

Vertigo Blue attracts plenty of attention and is worth every penny of its £725 price tag.

Green interior stitching is edgy, but there’s no option for something more subtle. 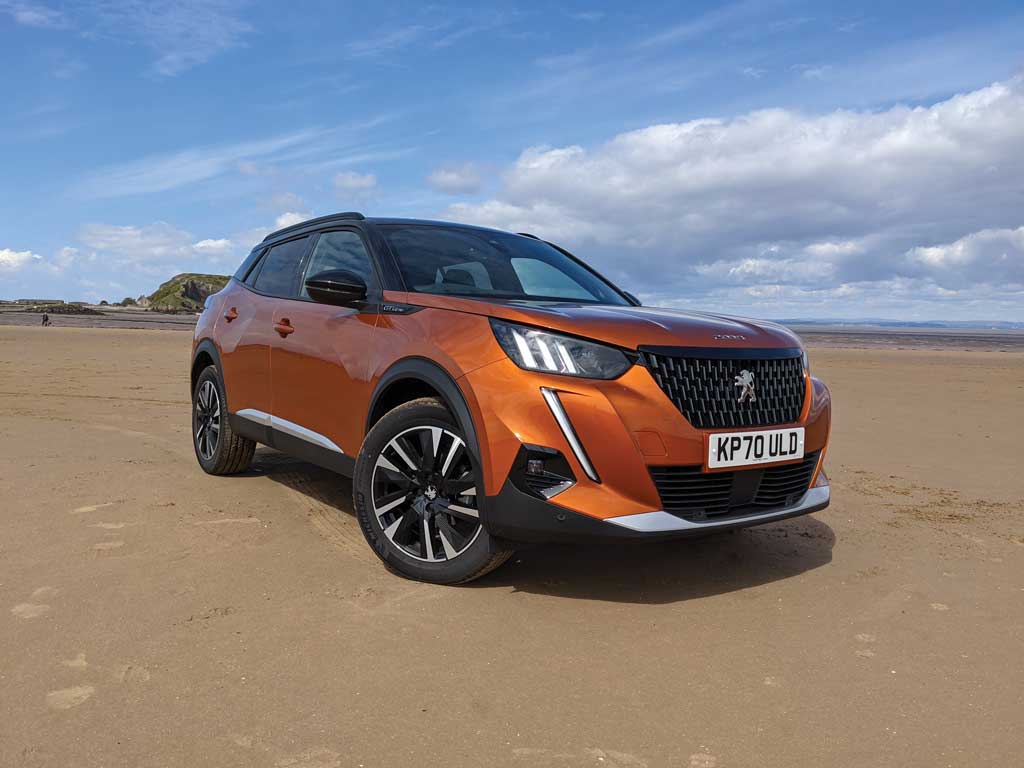 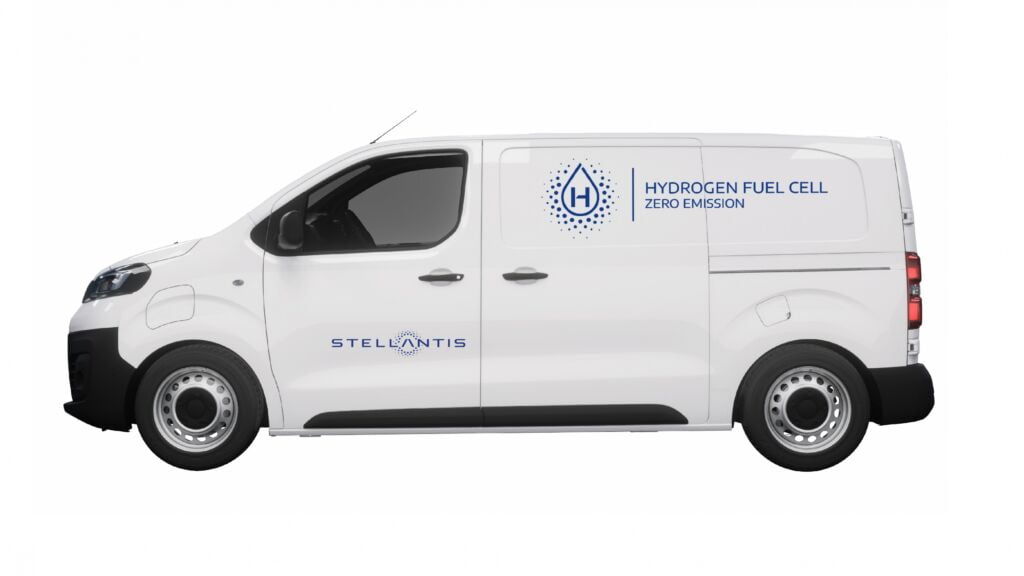 Peugeot to add hydrogen option to the e-Expert van range