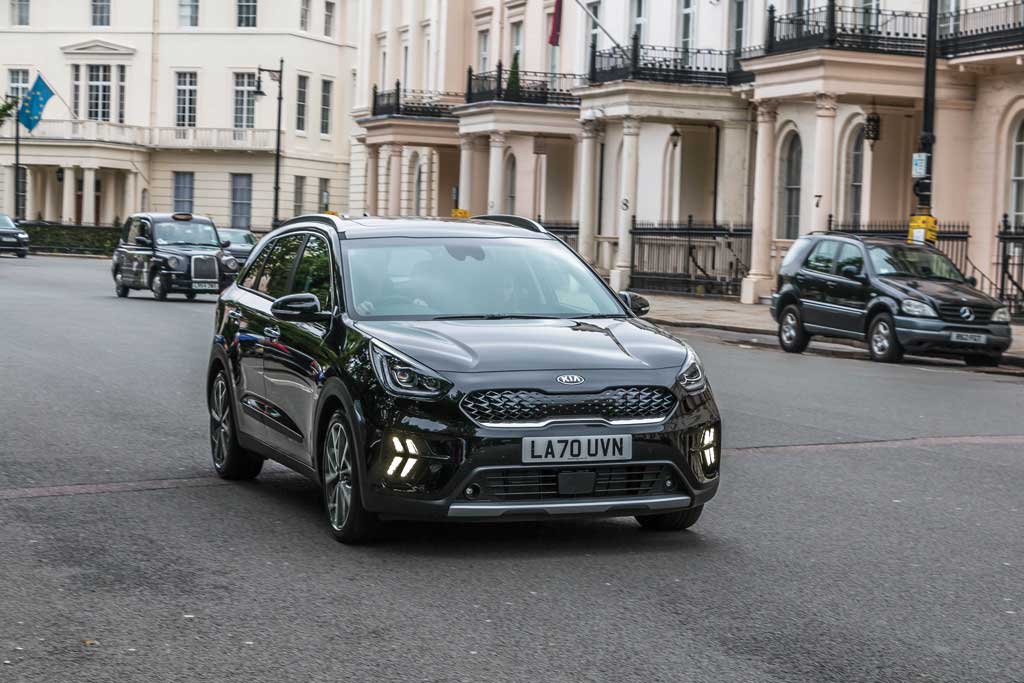 You just know within seconds of settling behind the wheel of Kia’s Niro that the designers had endless meetings discussing ‘how can we make customers feel really cosseted in this car?’ And it has paid off handsomely. When you get in and out, the electric driver’s seat – standard on the equipment-laden 4-specification model – slides majestically back and forth for easier access (once a luxury only on big, posh cars).

The 10.25-inch infotainment screen pipes up with lots of information you might (or might not) need when you hit ‘start’, with a map to the left, radio information in the middle and ‘useful’ hybrid data on the right.

But only after another sign pops up, urging you to ‘drive safely’… before you hit the ‘confirm’ button and another window appears in the instrument binnacle informing you that a ‘System Check’ is in progress, followed by another window informing you you’re ‘Ready to Start Driving’. Fortunately, this process takes only a second or so, but it’s accompanied by a range of inexplicable bings and bongs reminiscent of my 1990s Nikon Coolpix camera. None of it is really necessary, but it shows the car’s ‘listening’ and caring for you.

Even more important, it seems, they really want you to remember that this is the Hybrid model. It’s plastered everywhere: in a green illuminated icon, another ‘eco’ illumination, separate ‘eco, power, charge’ gauge and a battery meter, and another little sign saying ‘eco/hybrid’, all fighting for attention in the instrument binnacle, in addition to another on the infotainment screen. In case your passenger didn’t spot the eco/hybrid tailgate badge, there’s another on the fascia in front of them. Alright, we get the point.

We forgive Kia for this oversell because in the Niro, they have created a really impressive, engaging, distinctive-looking, well-packaged, beautifully built, enjoyable-to-drive, family car that performs really well.

Our Niro arrived just as we were heading to Cornwall for a holiday (more on that, next time), complete with two six-foot lads, a dog, my wife, an extremely heavily laden boot and a crammed, official Kia roof box. It passed this unfair challenge with flying colours, all while maintaining a respectable 48.8mpg and lapping up country lanes.

Aside from the holiday, most of our motoring has been in London where the Niro excels. It’s particularly easy and fuss-free to drive, with light steering, a tight turning circle and good vision out. The central ‘B’ pillar is perfectly placed so that side vision remains clear. It’s the kind of car that makes those essential short – and long – trips a pleasure. There’s loads of room in the back for the aforesaid six-footers and the ride is superb. It glides nicely, especially over speed humps, with just the driver or with a full passenger complement, and that’s quite some trick. I like its neat, distinctive looks. The crazy-paving grille looks great and the chrome outline for the windows, roof rails, below the front grille and on the door handles makes it stand out from the crowd, projecting a premium glow.

Shortcomings? The single reversing light is worryingly dim, and there’s wasted space in the boot, which isn’t huge anyway, at 382 litres. Beneath the floor are many, small, shaped compartments in a big ‘plastic’ tray. Beneath that is even more space into which you can cram walking boots, even cans of holiday beer etc. but I’d rather they’d lowered the floor and created one, big, more usable space.

Did I mention that this is a hybrid? That’s one of the charms of the Niro, as it swaps seamlessly from petrol to electric, keeping emissions and fuel bills down and sometimes creeping silently around on electricity alone. It also feels substantially quicker than it says on paper (0-60mph in 11.1 seconds). It’s going to be a fun six months in the great value Niro.

Surprisingly spacious rear seating for two six-footers and a dog, given the car’s overall dimensions.

Reversing down dark Cornish lanes when meeting oncoming cars at night: the reversing light is far too dim. 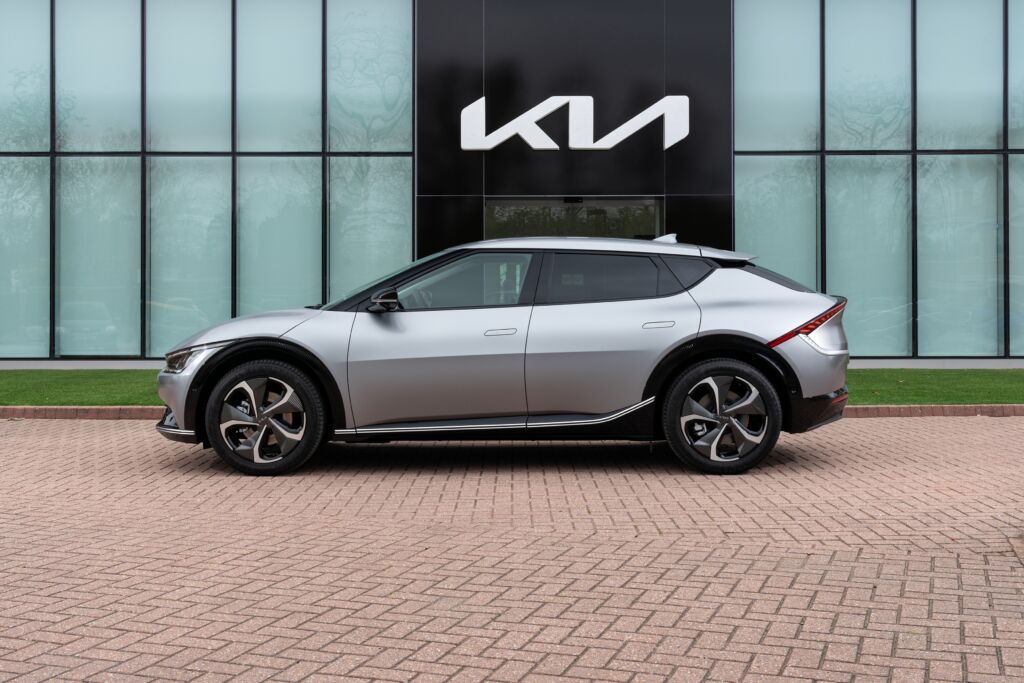 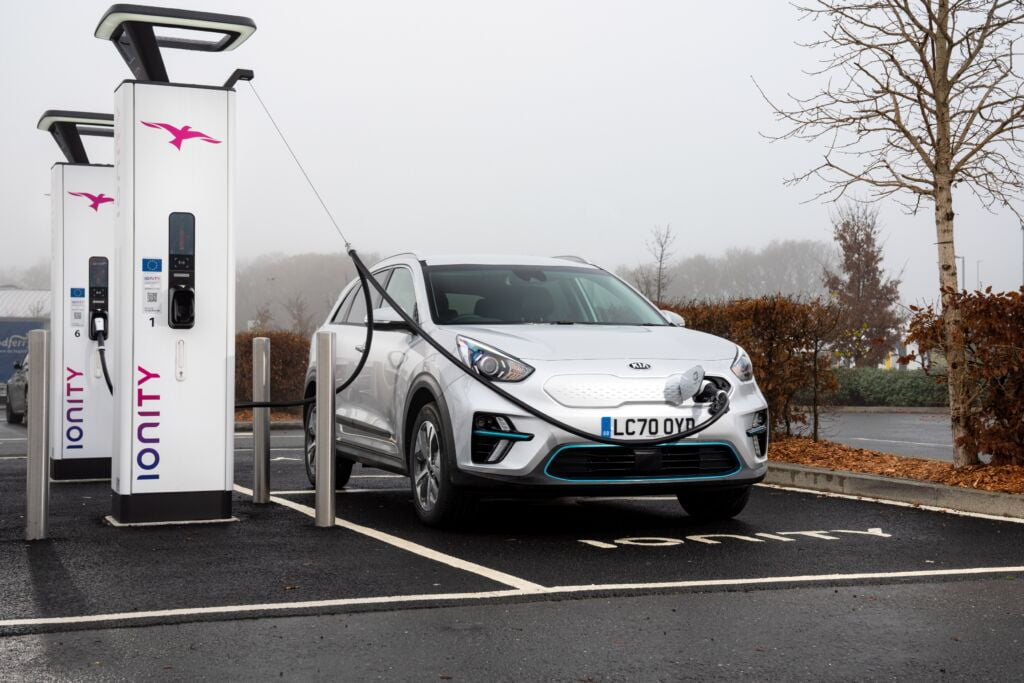