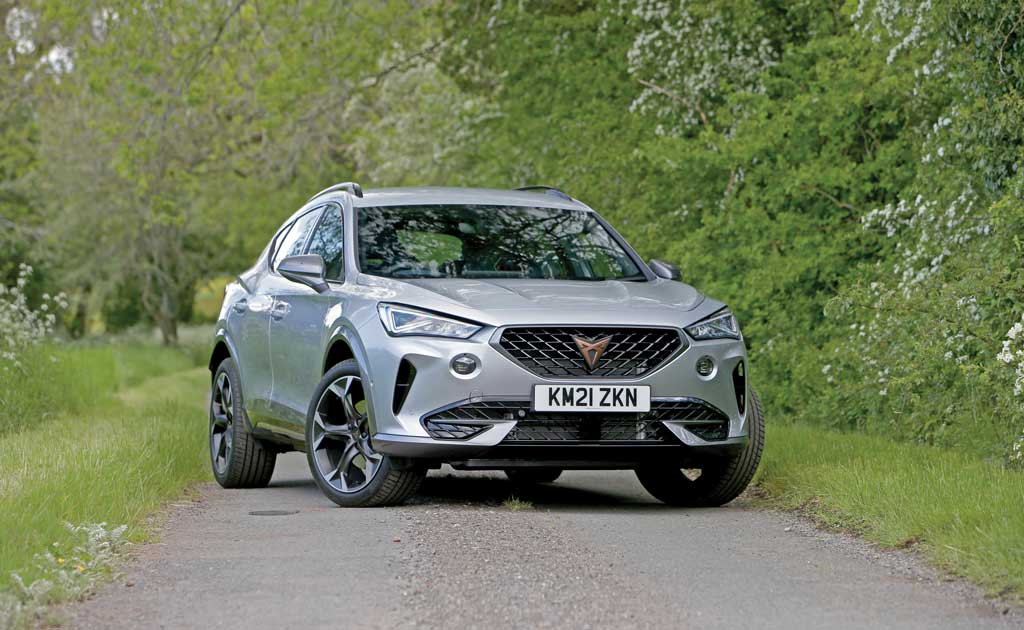 It might just be the end of an era for me, because I may well have run my last diesel-powered long-termer. For me that’s a rather depressing thought, as I’m convinced that diesel engines are still the most suitable form of motive power for me, along with huge numbers of other high-mileage drivers in the UK and elsewhere.

Gone is my SEAT Leon 2.0 TDI, and in its place is a Cupra Formentor plug-in hybrid, at the heart of which is a turbocharged 1.4-litre petrol engine. It’s a car that I’ve quickly grown to like, although I’m sure that I’d like it even more if it had a diesel engine. I’m trying to go into ‘ownership’ with an open mind, but already my preconceptions are being proved right. More of that in a minute.

Our test car is a Formentor e-Hybrid V2 204, which means it is a 201bhp plug-in hybrid with a six-speed twin-clutch automatic transmission; some models get a seven-speed gearbox, but all Formentor hybrids have to settle for one ratio less. The V2 trim puts it towards the bottom of the range, not that you’d know it, as our Formentor still looks and feels like a premium car. Below it is the V1, while above it are the VZ1, VZ2 and VZ3 trims; V2 is the poshest trim level available with the 201bhp PHEV powertrain.

Standard kit includes heated and electrically adjustable front seats, blue leather trim with contrasting copper stitching, parking sensors front and rear with a reversing camera, a heated steering wheel, LED headlights and triple-zone climate control. Also featured are 19-inch alloy wheels, which ensure a firm ride without things getting uncomfortable. Bizarrely, the posher Formentors don’t feature anything significant in terms of standard equipment, over and above our test car’s V2 trim, although the VZ2 does come with blind spot monitoring and all VZ models get Dynamic Chassis Control.

Whichever model you go for it’ll look great. Without exception, everybody who has clapped eyes on our test car has commented on its appealing design inside and out. There has also been no shortage of people asking what on earth this silver SUV is. Even car enthusiast friends are often at a loss pinning down the make, so Cupra has a long way to go on the brand awareness front. Since our test car came in, I’ve seen four other Formentors around the UK.

With its heavily sculpted panels and rakish design front and rear, the Formentor goes heavy on the styling without looking over-designed. However, the 19-inch spoked alloys are so big that the brake discs look rather lost behind them, especially those located at the rear.

The Cupra was delivered just as things were getting busy for me with photoshoots and interviews around the country. As a result, the Formentor went from 135 delivery miles to more than 3,000 within the first month, and while I’ve been diligently recharging the battery pack at every opportunity, those times have arisen only when the car has been parked on my driveway. I don’t have a wall box installed yet, so I have to charge up via a domestic three-pin plug, which is no problem, as the maximum charging rate is only 3.6kW anyway. With a 12.8kW battery pack it takes around four and a half hours to fully charge from empty. I do very few short journeys and since the Cupra arrived, just about every time that I’ve gone out in the car, it’s been to undertake a trip of around 200 to 300 miles.

Knowing that I’d be running around burning petrol most of the time, I’ve assumed that I’ll be doing well to average much more than 45mpg during my six months with the Formentor. Sure enough, so far the Cupra hasn’t quite managed to crack the 50mpg barrier, which is not that far behind the real-world economy of an equivalent diesel-powered SUV. But then there’s the electricity to take into account, more of which will be in the next issue.

Contrasting copper details in the cabin really lift the ambience, set against the blue trim.

The boot contains a bag with high-viz vests inside. The zip broke the first time I opened it. 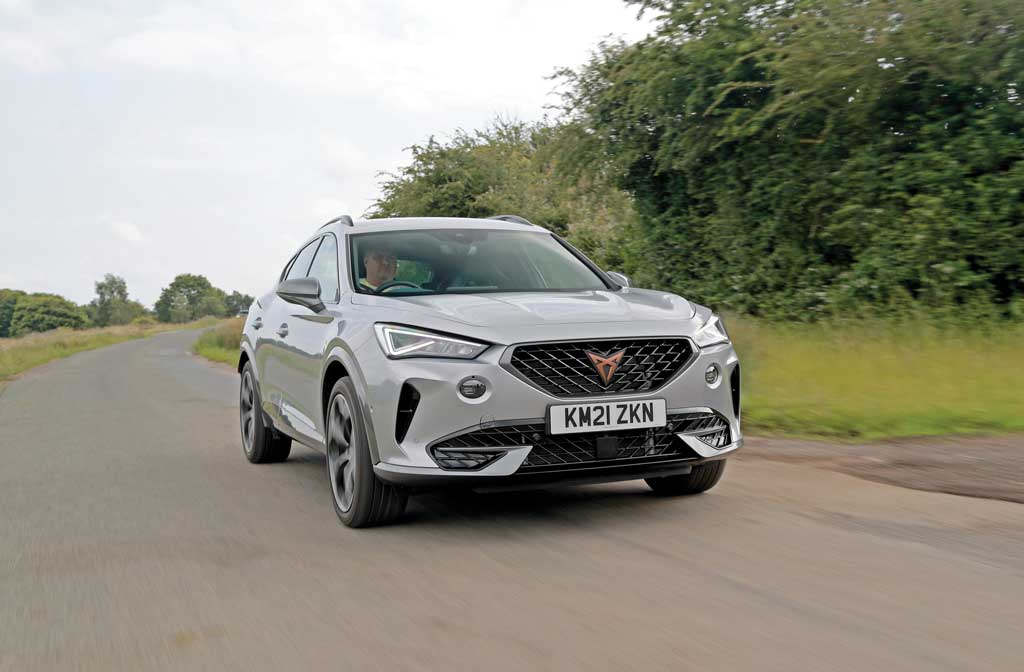 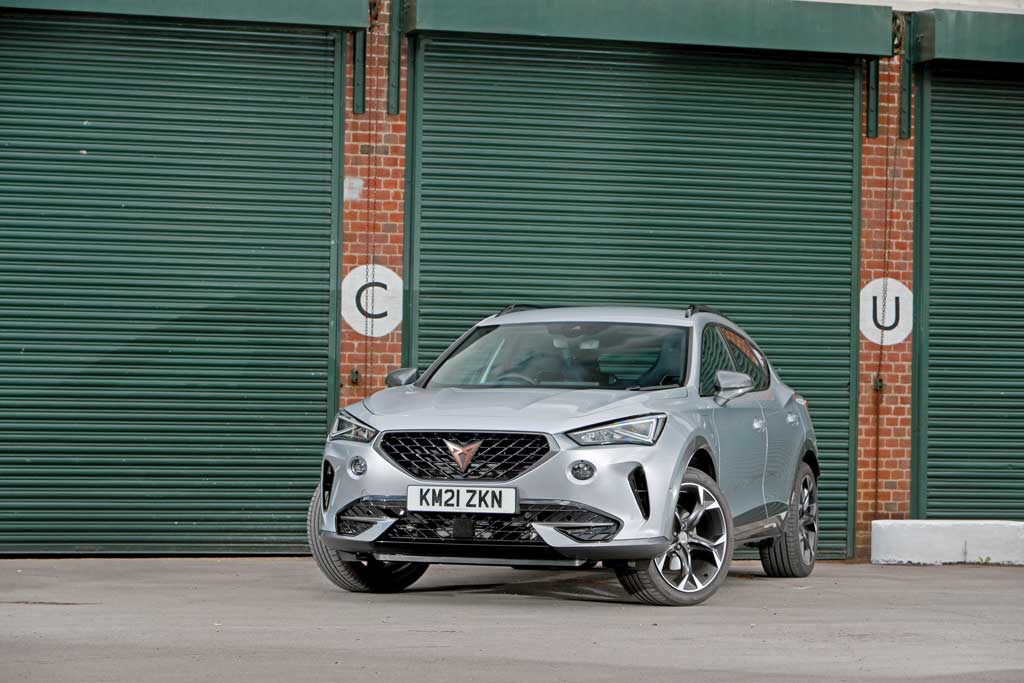