Launched in 2010, with over 450,000 vehicles produced at the Mulhouse plant in France, the second-generation Citroën C4 is being updated in 2015 with a new light signature, new technologies and the latest-generation engines.

Setting the standard for comfort in its segment, the Citroën C4 is a compact hatchback with an elegant design, all-round comfort and outstanding driveability – all proof of Citroën’s creativity and technological know-how.

The Citroën C4 New Range chrome chevrons connect the headlights and the ribbed bonnet, curving into the wings to make the front end immediately recognisable.

The new headlights, with two 3D-effect chrome-finished modules on a gloss black background, also give the Citroën C4 New Range an updated look. LEDs add expression to the slender lights to create a unique light signature.

The new rear 3D-effect lights highlight the sleek, wide tailgate. Touches of chrome on the front and rear bumpers, and the weather strips, plus the new 17-inch ‘Miami’ alloy wheels (available as part of the Plus Pack), enhance the model’s premium appearance.

The C4 New Range is available in a choice of nine colours, of which two are new (Platinum Grey and Spirit Grey).

Inside, the Citroën C4 New Range features a modern, uncluttered dashboard with a new 7-inch Touchscreen. The seats offer generous support for a comfortable ride and are available with new upholstery choices, including Black/Grey ‘Rayados’ cloth on Feel models and Grey ‘Liberal’ cloth on Flair models.

The interior of the Citroën C4 is exceptionally well appointed, with the finest materials in the segment found throughout. There are even touches of chrome on the steering wheel, air vents and gear lever.

The Citroën C4 New Range is designed to offer the driver and passengers comfort, peace-of-mind and a unique motoring experience.

COMFORT IN THE CABIN

The Citroën C4 New Range promises an enjoyable and stimulating driving experience, with contributing features including:

The Citroën C4 boasts space, versatility and convenience. It provides plenty of interior space, with a 2.61m wheelbase and a rear seat with ample elbowroom of 1.45m.

Citroën C4’s dimensions are unchanged, with a length of 4.33m, width of 1.79m and height of 1.49m. Its boot volume of 408 litres is one of the largest in the category. All that space is useable too.

The Citroën C4 offers generous storage with a large glovebox, door pockets in the front that are large enough for a 1.5 litre bottle, drawers under the front seats, storage space on the dashboard and under the front armrest. It is also as versatile as ever, with split folding rear seats (2/3 – 1/3) and a ski trap to carry long, cumbersome objects.

The Citroën C4 New Range makes daily life simpler and more delightful with an array of useful and intuitive technologies.

One example is the new 7-inch Touchscreen, which is available as an option on the Feel trim level and standard on Flair versions. Besides streamlining the dashboard visually, this new screen groups:

Smart technologies that make driving easier and trouble-free include:

Based on the 3-cylinder architecture of the naturally aspirated engines in the PureTech family, the turbocharged versions are equipped with an advanced, high-performance turbo compressor (240,000rpm) and a central high-pressure direct injection system (200bars).

To withstand the additional stress borne by turbocharged engines, compared with naturally aspirated engines, many parts have been strengthened:

The PureTech 110 engine with manual gearbox delivers maximum power of 109bhp at 5,500rpm and torque of 151ft lbs at 1,500rpm, with performance from 60.1mpg combined cycle and 110g of CO2per km with ultra-low rolling resistance tyres.

The PureTech 130 S&S EAT6 will be available in Flair specification in time for launch. Indicative MRRP OTR £19,445.00.

Since the end of 2013, Citroën has rolled-out a new generation of diesel engines called BlueHDi. These drastically reduce nitrogen oxide (NOx) emissions and lower CO2 emissions by up to 4%, thus providing technology to comply with the more stringent Euro 6 regulations.

The Stop & Start technology offers numerous advantages including zero noise when the car is stopped, lower fuel consumption and reduced greenhouse gas emissions. The engine cuts out when you come to a stop, the gearbox is in neutral and the clutch pedal is released. When the clutch pedal is pressed down again, the engine restarts within approximately 500ms, or less than the time needed to shift into gear.

The BlueHDi 120 S&S with a 6-speed manual gearbox delivers a 78.5mpg combined cycle fuel economy and CO2 emissions of 95g/km with ultra-low rolling resistance tyres. This engine has a capacity of 1,560cm3and delivers maximum power of 119bhp at 3,500rpm with 221ft lbs of torque at 1,750rpm.

A BlueHDi 120 S&S EAT6 powertrain will be available on Feel and Flair versions from May 2015 production.
It will deliver up to 74.3mpg combined cycle fuel economy and CO2 emissions from 98g/km with ultra-low rolling resistance tyres.

Citroën’s BlueHDi engines already meet the future Euro 6 standard thanks to an innovatively structured exhaust line with a unique set of technologies, including:

The filter eliminates the number of particulates by up to 99.9%. 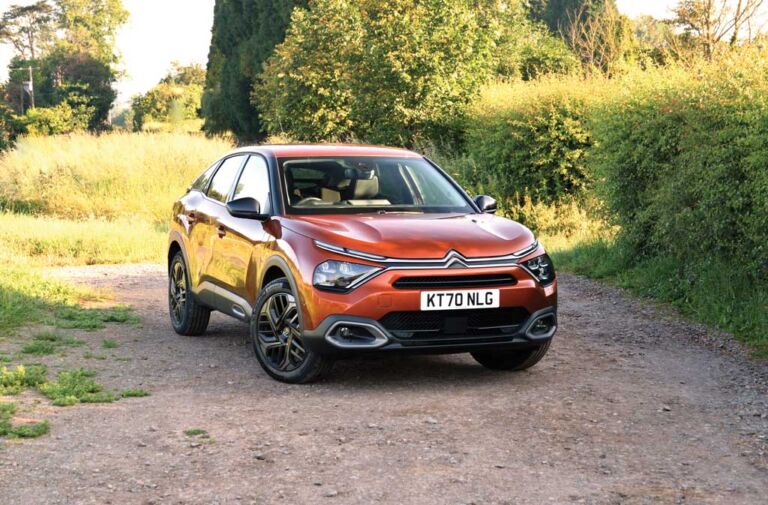 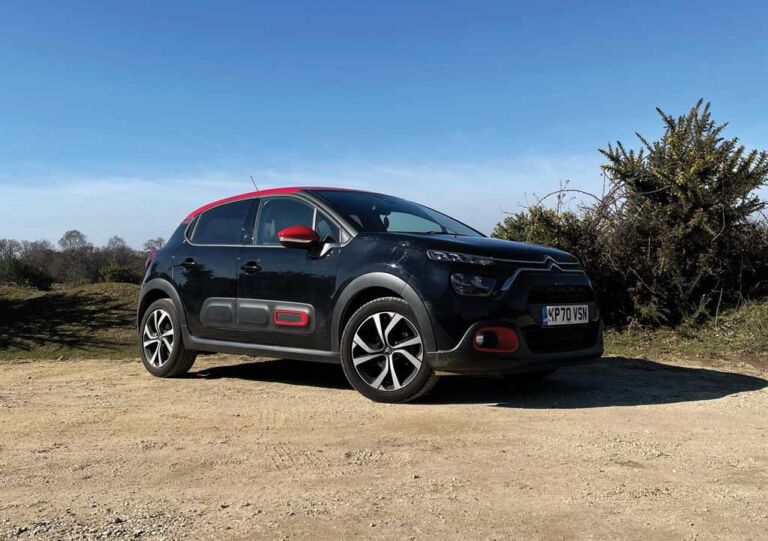